If you’ve heard of the Norwalk Juicer, you are either already very interested in getting the best nutritional quality of juice possible from a juicer at home, or you’ve been introduced to The Norwalk as a result of following some sort of nutritional therapy regime like the Gerson Therapy to combat illness.

Juice Therapy is becoming an increasingly recognised approach to combatting serious illness. In fact this business was founded on direct experience of the health benefits of raw fruit and vegetable juices by our own Nick Ledger. By using fresh juices as part of a nutritional approach, Nick managed to completely reverse his condition of Ulcerative Colitis and was motivated to spread the juicing word by promoting these health benefits to a wider audience. We’ve been doing that for over 14 years now and we’ve learned a lot in the process, always offering our customers an unbiased and objective view of the pros and cons of various approaches to juicing.

It’s only natural that any therapy that includes juicing as part of its approach would be concerned with obtaining the optimum nutritional quality in the juices the patient uses. The Gerson Therapy is a popular approach for treating serious conditions like Cancer and the method of juicing they recommend involves two separate processes. First the vegetable ingredients are ground up or ‘triturated’ in one half of the process, then the resulting juicy pulp mixture is pressed in a hydraulic press to extract the juice. There is no doubt that this process results in a very nutritious juice and the ultimate machine for this is the Norwalk Juicer, with a more affordable recommendation being a combination of a masticating juicer and a separate manually operated hydraulic press. But we question whether it is always the best method of juicing to combat health problems.

Is The Norwalk Really The Best Choice? 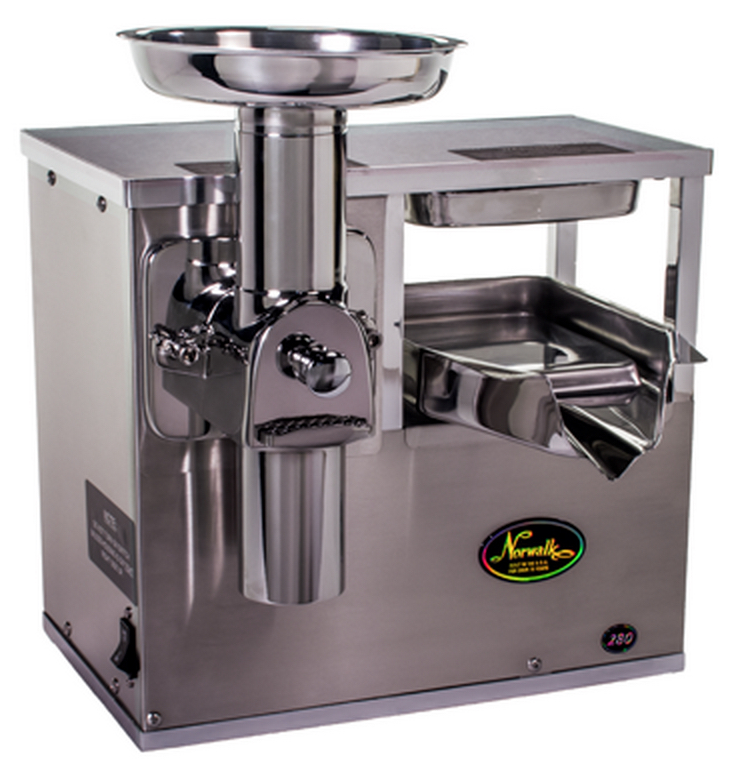 It’s understandable that anyone recovering from serious illness is a highly motivated person when it comes to juicing. But juicer technology has moved on considerably since the Gerson Therapy was first devised and one thing that is not always apparent at the outset is the huge investment of time the individual must make when using the recommended Gerson method for producing juice.

We would argue that the nutritional advantage obtained by the Norwalk – or by using any separate stage of hydraulic pressing – needs to be a significant advantage because the time and labour involved is several times that spent using a good quality Masticating Juicer. Nowadays, an increasing number of Nutritional Therapists acknowledge that the quality of juice produced by more recent Twin Gear Masticating Juicer designs is of a comparable quality but the production method is far more user friendly, freeing up time for other things that might help with a recovery strategy. A good twin gear model is also a fraction of the price of the Norwalk, which for many ordinary working people makes the choice quite simple.

How Does The Norwalk Work?

With the Norwalk the ingredients first pass through a triturating mechanism or grinder on one side of the machine to produce a wet pulp mixture that is collected in a fine cloth bag ready for pressing. This mixture is then pressed in an electric hydraulic press on the other side of the machine. Although Norwalk themselves admit that this pressing operation has to be done TWICE just to produce one pint of vegetable juice, their promotional videos fail to give a true impression of just how messy and time consuming this process really is. If you are seriously ill, realistically you are probably going to need a helper to do all this work for you if you want to follow the Gerson Therapy correctly.

With three separate operations to produce one pint of juice, with an 8 pints a day juicing therapy like Gerson you are looking at no less than 24 separate juicing operations, plus the clean up of both sides of the machine, plus the clean up of all the parts and the pressing bags. The nutritional advantage would have to be significant for anyone to think that this is definitely the best use of an ill persons time.

How Much Better Is Hydraulically Pressed Juice?

In spite of all the hype from various manufacturers and product promoters, for anyone who prefers objective science there is very little information to go on here. Information on the Gerson Institute website is vague and non-committal. They admit themselves that the evidence available is limited. In the absence of definitive facts, we take a common sense approach to analysing this.

There are a number of factors that influence juice quality. A primary consideration is how well the produce is broken down by the process to release the plant cell nutrients. Second most important is going to be the efficiency of the extraction. Gerson Therapy also claims that the mixing of the pulp and juice before pressing is essential because the mixing releases more minerals. A Twin Gear Juicer is pressing a mixture of pulp and juice anyway, so it’s hard to see how splitting the process into two stages makes a large difference to the results in this regard, but with no objective evidence, who knows?

Twin Gear Juicers pass the ingredients through an extremely tight gap between two cylindrical gears, offering what we would consider to be a break down of fibres at least equivalent to the grinder on the Norwalk. They then exert a pressing action through auger sections on the end of the gears. The operator determines some of the efficiency with a pulp pressure control and by juicing slowly with high pulp pressure, vegetable pulp comes out very dry, but still in a fraction of the time taken with the two stage hydraulic pressing method used by the Norwalk.

The juice yield will be higher with a hydraulic press but what about the juice quality? The jury is out, unfortunately. Norwalk publish claims that their juice quality is better in their ‘Bailey Report’, but even if we accept their tests as independent, they are comparing their results with those from an un-named Centrifugal Juicer – with those test criteria they haven’t really set the bar very high.

Tribest, manufacturers of Green Star Twin Gear Juicers present results that claim their juicer performs better than a two stage process with hydraulic press. Both companies have a vested interest in producing so-called independent test results but so far, we’ve only found one test from a nutritional organisation that might be considered a little more objective. Comprehensive, independently reviewed research on the subject doesn’t seem to be available.

Enzyme activity in juice is considered a key element in therapies like Gerson. The Hallelujah Acres Foundation did an enzyme test with various types of juicer and found that a Twin Gear model produced slightly more Peroxidase activity in fresh organic carrot juice than the Norwalk, but slightly less Amylase activity. This is by no means conclusive though and until there are verifiable tests on a wide range of nutrient values, it’s hard to make a definitive statement. On balance we would estimate the juice quality from the Norwalk may be slightly better overall, but that nutrient extraction from a Twin Gear machine is close to it, for a lot less time and effort. 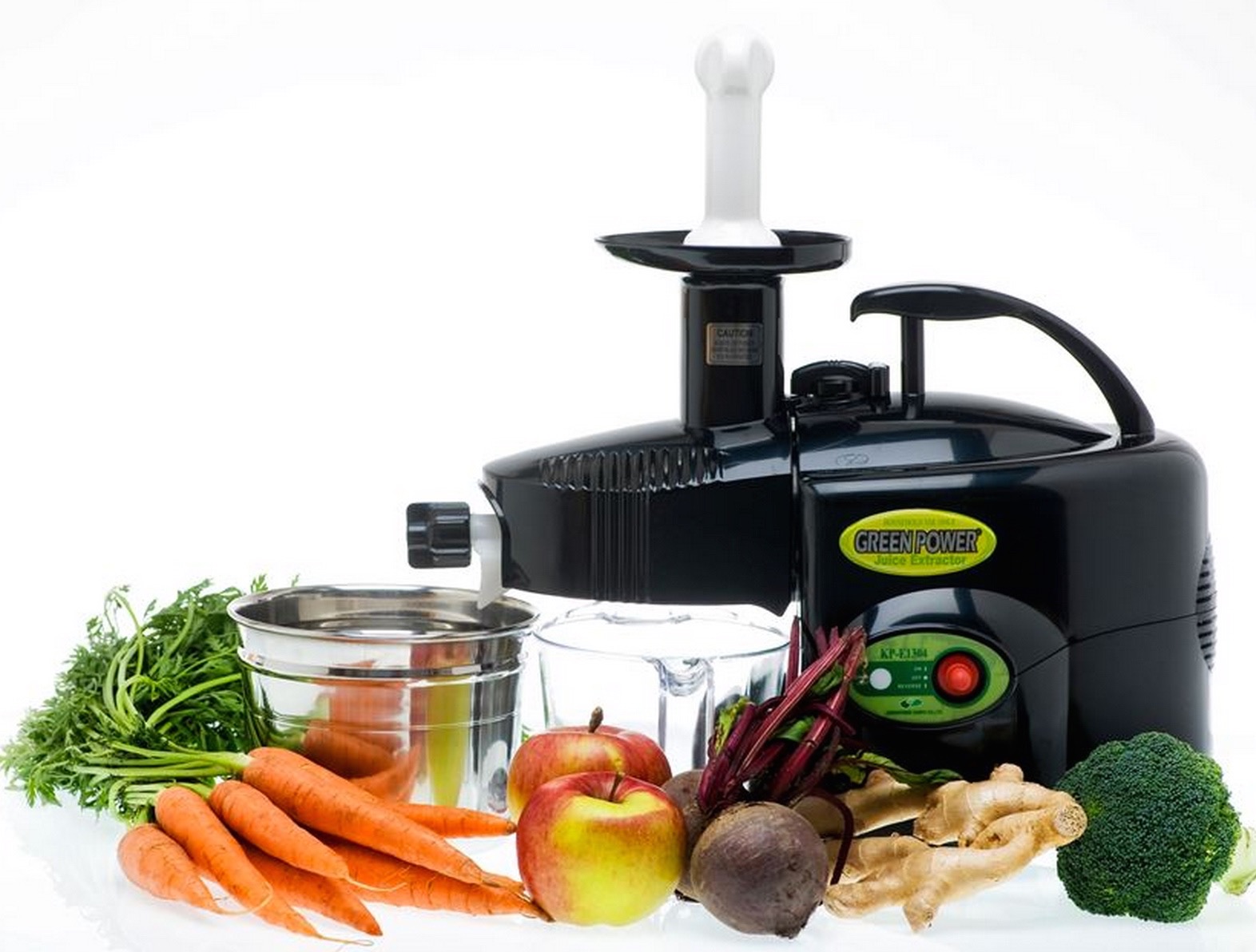 With a huge price tag plus import charges and shipping on top, a Norwalk Juicer is beyond the reach of many consumers anyway. When you have the vulnerability of a serious illness playing on your mind it’s understandable to want the best, but quantifying the advantage of something as expensive as the Norwalk is difficult. The limited information we have available is not enough to decide it and sometimes a bit of guesswork and good old common sense is all you have to go on.

We would suggest that nutrient extraction by the fine grinding and pressing action of a modern Twin Gear Juicer is excellent, with other masticating juicers following close behind. On balance, the differences are probably small enough that if I were unfortunate enough to discover I had a serious illness like cancer, I wouldn’t rush out and buy a Norwalk. I’d choose a good Twin Gear model and make what I would judge to be more productive use of the extra time I would have available, looking at other aspects of integrative medicine. But at the end of the day in the absence of truly reliable evidence to go on, it still comes down to personal choice.

It’s no surprise that the popularity of juicing has soared in recent...

BPA – What’s All The Fuss About Bisphenols?

What is BPA? BPA is an abbreviation of the chemical name of the...

Juicer Facts And Fictions UK Juicers is committed to providing our...